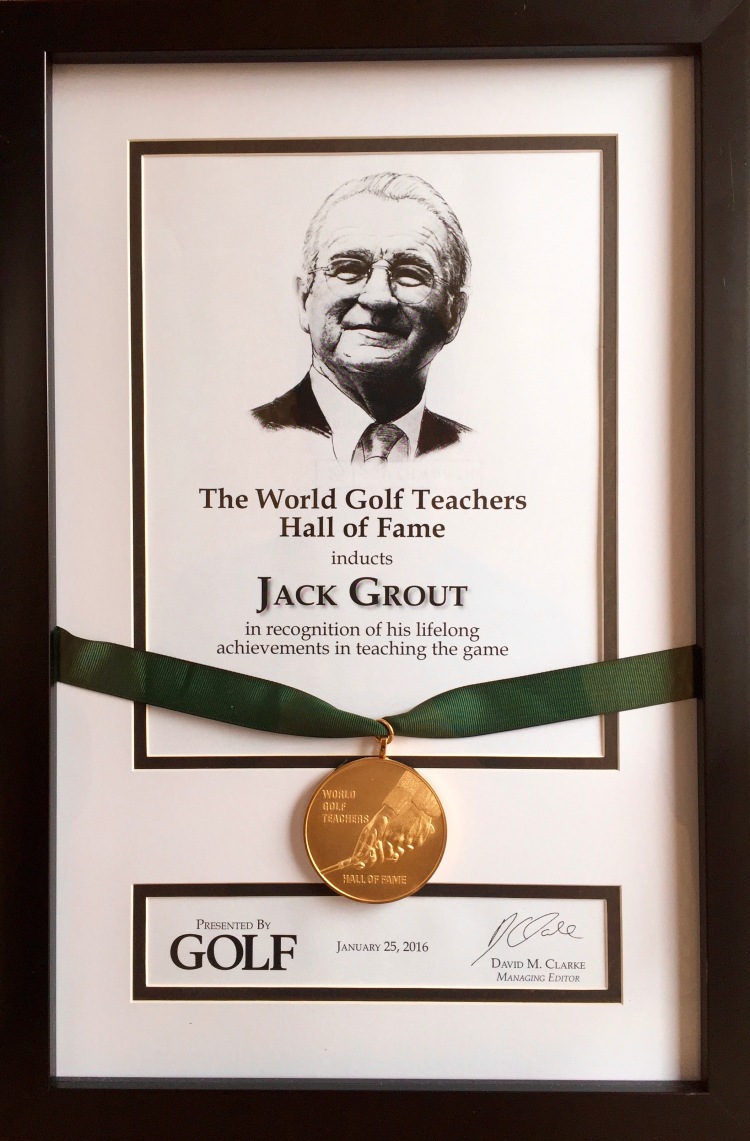 Thank you very much.

Hello, everyone and greetings to you all. My name is Keith Russell. Through the great game of golf, Jack Grout’s son, Dick, and I have become pals over the last ten years or so. And, since no one from the Grout family could attend this special ceremony, I have been entrusted with the privilege of being here with you this evening.

My wife, Paula Russell, is also here tonight, and we are happy to represent the Grout family and to accept this honor on behalf of the late, great Jack Grout. Knowing what I do about Mr. Grout, I can say, unquestionably, that he would be overwhelmed by this tribute.

First, the Grout family would like to thank the voting panel, comprised of GOLF Magazine’s Top 100 Teachers and the entire staff at GOLF Magazine and the Sports Illustrated Golf Group, for recognizing the effectiveness and true greatness of Jack Grout as a golf teacher. This, indeed, is a well-deserved – and overdue – honor for him. Your wisdom on his selection is greatly appreciated.

Congratulations as well to Mr. Grout’s fellow inductees, with whom I share this stage tonight, for your induction and outstanding careers and contributions to the game. And, I would like to recognize the seventeen members who have already been enshrined in the only hall dedicated solely to golf teaching and coaching.

Jack Grout passed away nearly 27 years ago, in May of 1989. One measure of any man’s life is how well and how often he is remembered once he’s gone. In Jack Grout’s case, there is ample evidence that he is remembered fondly and often.

However, for the many that never had the pleasure of knowing Mr. Grout, ‘What was he like?’ Honesty, hard work and modesty were attributes in his life. He was a family man who greatly loved his wife, Bonnie, and their four children. He was a kind and gentle man. He wasn’t a complicated person. He had a simple and straightforward style to his life.

Jack Grout’s approach to golf instruction derived from his calm personality plus his substantial and very successful playing and teaching background. It was natural for him to regard the golf swing in basic and fundamental terms because he was a minimalist at heart. He liked structure and things that were clearly and explicitly stated. When a subject interested him, his mind could absorb a great number of facts about it, and he had a wonderful memory for details.

Jack Grout was a great believer that improvement in golf came primarily through rigorous practice and lessons. “Practice as much as you can,” he once wrote. “Many people I have taught don’t want to pay their sweat equity.” Mr. Grout always held the acquisition of knowledge in high esteem and sought from an early age to ensure that he had a broad and deep understanding of his chosen sport. That thirst for learning would last to his dying day.

Jack Grout thought he was the luckiest guy in the world. For him, every visit to a golf course, whether one at which he worked or the many on which he played as a touring professional against the early legends of the game, provided a jolt of sheer joy. He just loved the sights and sounds of a golf course — the smell of fresh-cut grass, the flowers, the lakes, and the civility of the game itself. From the beginning, Mr. Grout realized that golf was more than just a game; it’s a way of life, and he cherished his times with the many friends that golf brought him throughout his long career.

Mr. Grout enjoyed his life, and he lived that life the way he wanted to live it and on his terms. He was not an attention seeker, even when his pupils included Jack Nicklaus, Raymond Floyd, David Graham, Lanny Wadkins and other golf greats. He didn’t look for accolades or recognition of any kind. In short, he was just Jack Grout: Loving Husband, Devoted Father, and Proud Golf Professional.

Tonight, Jack Grout takes his rightful place in the annals of golf by joining an elite fraternity of talented players and teachers who defined our game. I am extremely proud to accept this award on his behalf, and to be a part of this event honoring the integrity of a sport we all love and respect.

I thank you all again. Goodnight. 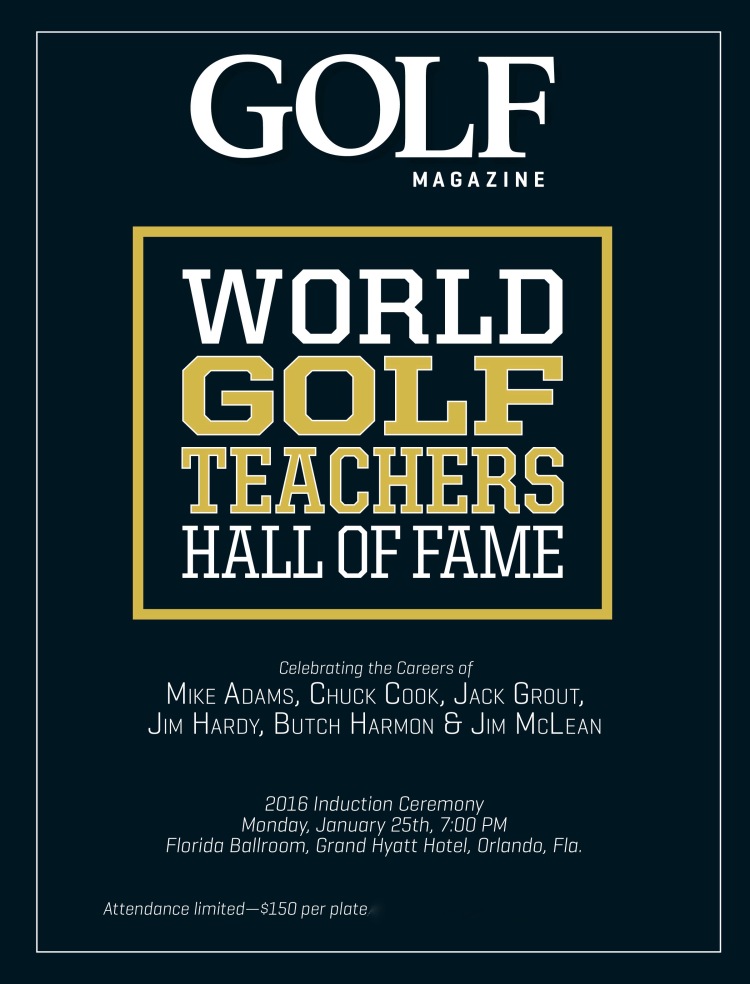